Today it’s a pleasure to have historical fiction author, Samantha Wilcoxson with us to chat about her writing life. Her latest novel, Queen Of Martyrs was released on April 12th, 2017, and is the third book in the Plantagenet Embers series. Welcome, Samantha.

How have you found the publishing process so far?

Now that I’ve been through the process a few times, I enjoy taking responsibility for my work from start to finish. Self-publishing offers many challenges in editing, formatting, and design, but it also offers incredible creative freedom. I used to spend days getting things to look just right, but once I came up with a system of formatting from the moment I begin a new project it became much simpler. The independent writing community is extremely supportive, and I have received help and encouragement from more people than I can say.

What inspired you to write this story?

A friend recommended that I write about Queen Mary upon completing Faithful Traitor. I was already gearing up to travel back to the beginning of the Plantagenet dynasty when he pointed out that I had left readers wanting to know more about what happened to that little girl whom Margaret Pole had loved as if she were her own. At first, I dismissed the idea, not having much interest in carrying on into the Tudor dynasty and certain that Mary’s story must have already been told. What I found when I began looking for historical fiction sympathetic to Mary’s point of view was that I was wrong. I quickly became passionate about filling that void.

Can you tell us a little about your novels?

What has become the Plantagenet Embers trilogy, began with a desire to write about one woman, Elizabeth of York. Hers was a story that had gone largely untold despite her proximity to kings, tragedy, and mystery. When she was mentioned, it was often as an inactive bystander to events. I wanted to look at the tumultuous events of the end of the Wars of the Roses and the beginning of the Tudor dynasty more deeply from her personal point of view. By the time I had completed Plantagenet Princess, Tudor Queen, I knew that I had to carry on with the story of Margaret Pole, a woman overlooked to an even greater extent than her royal cousin. Before I knew it, I was looking at a trilogy of the York remnant rather than a stand-alone novel.

Each of these novels is told from a close third person point of view. Therefore, the reader sees history play out as it would have been seen by the protagonist. I do not jump to a battle scene but wait with Elizabeth as she prays for her husband’s safe return. Margaret is left to wonder what is going on at court and get her news where she can, so the focus of her story is not on Henry VIII’s scandals outside of where they personally impact Margaret. Mary’s story is told the same way, though, in her case, she does become the reigning monarch. Each woman’s personality colors the way they interpret and react to well-known historical events.

Are you a full-time author?

I would have to say sort of. I do not have a job outside of writing, but I do have three children. My working hours are generally limited to when I do not have any of them home or housework to do, but that is another great benefit of a writing career. It easily fits within and around the other demands upon my time. I look forward to truly writing full time in a few years when they are all off to college.

How do you approach your writing and research? Do you plan strategically or do you wait to see where the muse takes you?

As I suspect is true with most authors, I do a little bit of both. I begin with researching the person that I have chosen to write about. Because I live in the US and write about England, that generally means ordering lots of books rather than research trips, though I was blessed enough to take a trip to the UK in 2015. I begin with a detailed timeline of my protagonist’s life, including both personal events, such as marriages and childbirths, and the broader historical events going on around them. Based on these facts, I begin to create personalities and motivations that make sense to me, evolving that timeline into a personal story. In each book, characters have blossomed into more than I thought they might be when I began. Cecily of York is an example of that from my first book. I did not plan to make her a major character or to give her such a spunky personality, but she has ended up a readers’ favorite. The same thing happened when I was able to bring Catherine Gordon, the wife of Perkin Warbeck, into Margaret’s story. I hadn’t previously realized how much their stories intertwined. It is fascinating to see where that stark list of facts can take my characters.

Have you ever been tempted to write in another genre?

I started out writing another genre because I was intimidated by my beloved historical fiction. My first published work is middle-grade inspirational fiction titled No Such Thing as Perfect. I also published a middle-grade historical fiction novel, Over the Deep, before convincing myself that I needed to explore my true passion. I’m so glad I did! There is no place I would rather be lost than in historic England.

Though I do not ever see myself stepping away from writing about history, I am also taking the plunge into nonfiction with a group project coming out this summer from Pen & Sword Books. The British Stripped Bare will be a look at romance throughout the history of Britain, and I am privileged to work on it with a group of wonderful writers. My personal contribution will be a look at the barriers to making a marriage in Tudor England and a few scandalous couples who snuck around them.

What part of the research process is the most enjoyable?

It is a joy to see historical figures come to life centuries after they are gone, even if it is only in my imagination. I love finding little tidbits of information in biographies that make great story elements, such as the fact that Margaret Pole and Catherine Gordon served Princess Mary together or Elizabeth of York’s odd final progress while she was ill and pregnant. A great biography can be just as compelling as historical fiction, and I appreciate the glimpse into the way people thought and lived differently. I especially enjoy exploring the way faith was such an important facet of their lives. This especially comes out in Mary’s story, of course, with her attempt at counter-reformation, but each of these women made many of their important life decisions based on teachings of the church. It is such an entirely different worldview than we hold today, and I find it captivating.

Like any incurable bibliophile, I have many, but I am also devoted to trying new authors. Sharon Kay Penman is probably the greatest inspiration for my writing. My style is my own, but her dedication to extensive research and giving life to those long dead is a philosophy I have attempted to emulate. I also adore the writing of CJ Sansom. His Matthew Shardlake has to be my most beloved fictional character. When he is hurt or disappointed, my heart aches. Toni Mount’s new Seb Foxley series greatly reminds me of Shardlake, so I have a growing attachment to her books as well.

Of course, every writer also has their favorite classic authors. Mine is Charlotte Bronte. Villette is a book that spoke directly to my soul, and I love the eloquent use of descriptive language in each of the Brontes’ novels. They have a way of writing about matters of the heart that make the reader say, ‘Yes! That’s just how it feels!’ Edith Wharton is another favorite. I love the slow build and inevitable heartbreak.

That’s a tough one! I would have to say Hebrews 10:24. ‘Let us consider how we may spur one another on toward love and good deeds.’

I’m not much of a movie fan, though I have a soft spot for Star Wars. I prefer period dramas, such as Downton Abbey, The Borgias, Victoria, John Adams, North and South, The Crown, and even the questionably accurate The Tudors. 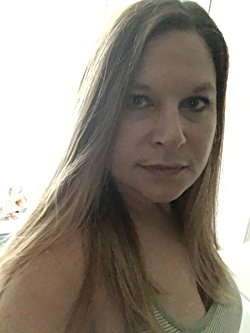 Samantha Wilcoxson is an American writer and history enthusiast. She has written three novels and works as a freelance writer. Living with her husband on a small lake in Michigan with three kids, two cats, and two dogs, Samantha has plenty of writing inspiration.

‘Plantagenet Princess, Tudor Queen’ has been named an Editors’ Choice by the Historical Novel Society. This most recent of Wilcoxson’s novels has been long-listed for the 2016 HNS Indie Award.

To find out more about Samantha please see: