Does the Greater Good justify all Sacrifices?

Nurse Anna knows from her own experience that war is an ugly affair.

Working in a Nazi concentration camp, she faces evil every day.

At night, she’s forced to service an SS doctor in other ways.

But just when her fate turns and she leaves the horrors behind, she finds out that human cruelty knows no limit.

Finally pursuing her dream career as biologist, she discovers a ghastly secret the Nazis are hiding from the world.

Looking away won’t appease her conscience.

Not when she’s the one supposed to do their ugly bidding.

Now she faces the hardest choice of all…

And the first chapter:

Anna buttoned up her blouse, her body aching and her soul weeping. She didn’t dare look at her tormenter – the man who’d viciously violated her, time and again. The sight of his smug expression made her itch to wring his neck with her cold, bare hands and watch his useless life slip from his body. Either that, or vomit all over him.

In her mind she called him T the devil. Every single unfortunate soul in the camp would agree with her verdict that he was the devil incarnate. Doctor Tretter, head physician at the Ravensbrück women’s concentration camp, liked to inflict pain and horror. And he did it with a smile.

Sobs threatened to bubble up, but she swallowed them down. Like she always did when the sheer horror of what her life had become threatened to overwhelm her. She’d struck a bargain with the devil.

And she’d gotten the short end of it. But then again, it really wasn’t a deal at all.

Her body at his beck and call in exchange for her sister’s life.

She summoned the gaunt face of her beloved baby sister Lotte and her emaciated body, skin stretched over protruding bones, and suppressed a sigh. It had been the right thing to do. Lotte wouldn’t have survived the horrors of being a concentration camp inmate much longer. No matter how horrid Anna felt right now, she knew she would make the same bargain again if it meant saving her sister.

Anna would find a way to rescue herself from the clutches of T. One day.

“Nurse Anna,” Doctor Tretter’s nasal voice sent a shiver down her spine. He was finished, wasn’t he?

“Yes, Doctor Tretter?” she said with a weary voice, turning around to face him, because she knew he disliked her not looking into his eyes when he gave her a command. She held his gaze and blanked her obvious hatred for him from her eyes.

His lips curled up. “You look beautiful, Nurse Anna.”

“Thank you,” she managed to say with a subdued voice, casting her eyes downward as if the compliment delighted her.

“You will be the perfect escort for my evening event this coming weekend.” A viselike grip squeezed her heart tight. So far, he’d been adamant in hiding their relationship. Keeping the sordid details of his regular rape of one of his nurses sealed under lock and key. Anna’s cheeks flamed hot at the thought of everyone believing that she actually liked this monster, that her constant capitulation to the head physician of Ravensbrück happened by choice.

“With your perfectly straight blond hair, flawless light complexion, and…” Doctor Tretter took a step towards her and put a finger beneath her chin, which caused her eyes to flutter closed in disgust. “Haven’t I told you to look at me when I talk to you?” His other hand landed on her cheek with a stinging slap.

“Of course you have. I’m sorry, Doctor Tretter. It won’t happen again.”

“Good. Because as I said, you will be my escort for the soirée at Professor Scherer’s house. Do your best to look pleasing and make sure I am not disappointed in your behavior.”

All blood rushed from Anna’s face. Professor Scherer was one of the most renowned scientists in the Reich, a man even Hitler consulted. The head of the medicine and human genetics studies carried out at the prestigious University Clinic Charité in Berlin.  His one-of-a-kind human biology work catapulted his research light-years ahead of everyone else’s. She’d followed his work since the moment she had decided to become a biologist one day.  Under any other circumstances she would have given her right arm to meet him, but with T the devil by her side?

“You said…you said you didn’t want anyone to know about our…arrangement.” Anna’s voice stumbled.

He looked at her and then smirked. “And nobody will find out. I have a reputation to protect.” His beady eyes roved her body from head to toe as if she were a pesky insect he wanted to stomp on. “What they will see is a grateful nurse who loves spending time with the doctor she so admires for the greatness of his work.”

“You expect me…” Anna felt the bile crawl back up and she took some shallow breaths, hoping he wouldn’t notice her rising panic. “…to tell everyone how much I admire your work?” Work that comprised torturing innocent prisoners with sadistic medical experiments.

“Exactly. I am applying for a professorship at the Charité, and Professor Scherer’s esteem of my person and my scientific research is of the utmost importance. You will gush about my work or face the consequences,” he said with a cruel smile.

Anna knew the consequences all too well. Execution. Or worse, becoming a prisoner in the camp where she worked as nurse. Every day she saw with her own eyes what that fate entailed.

“I will not disappoint you,” she said and turned to leave.

“Wait,” came his sharp voice the moment she put her hand on the door handle. She obediently turned and stared into his grayish-blue eyes. Eyes she longed to scratch out of his face. “Take this, and buy a dress to impress. I don’t want to be seen with you in that dull nurse’s uniform.” He tossed a few clothing ration cards in her direction.

“Thank you,” Anna pressed through tightened lips and bent down to pick them up. She’d just stooped even lower, accepting payment for her services.

Anna clenched her hands into fists as she fled his apartment, running like crazy until she stumbled across the threshold to her own solitary room in the nurses’ dormitory. 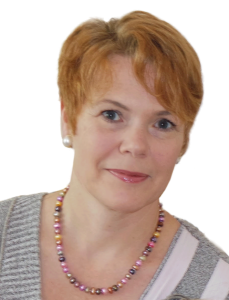 Marion Kummerow was born and raised in Germany before she set out to “discover the world” and lived in various countries. In 1999 she returned to Germany and settled down in Munich where she’s now living with her family.  After dipping her toes with non-fiction books, she finally tackled the project dear to her heart. UNRELENTING is the story about her grandparents, who belonged to the German resistance and fought against the Nazi regime.  It’s a book about resilience, love and the courage to stand up and do the right thing.To discover more about Marion and her books visit her blog at kummerow.info or her facebook page at facebook.com/autorinkummerow
Social Media Links:
https://twitter.com/MarionKummerow
https://www.facebook.com/AutorinKummerow/
https://www.instagram.com/marionkummerow/
https://pinterest.com/m_kummerow/
https://www.bookbub.com/authors/marion-kummerow